Dropkick Murphys have traditionally performed on St. Patrick’s Day. and this year the Massachusetts-based rockers will celebrate with a livestream concert.

In 2020, Dropkick Murphys were set to play a weeklong run of shows in and around Boston to celebrate St. Patrick’s Day, but those plans were cancelled due to the pandemic. Instead, the band celebrated with a livestream show dubbed “Streaming Up from Boston”. A couple months later, the band took over an empty Fenway Park for a livestream concert that featured a guest appearance by Bruce Springsteen.

This year, Dropkick Murphys will once again celebrate St. Patrick’s Day with a livestream show called “Still Locked Down”. The stream will be available for free at 7:00 p.m. ET / 4:00 p.m. PT on March 17th, with fans being asked to donate what they can to support the band and their crew. The show will be directed by Josh Adams, who has worked with Dropkick Murphys and Foo Fighters in the past.

Read more about the livestream show at: http://DKMstream.com 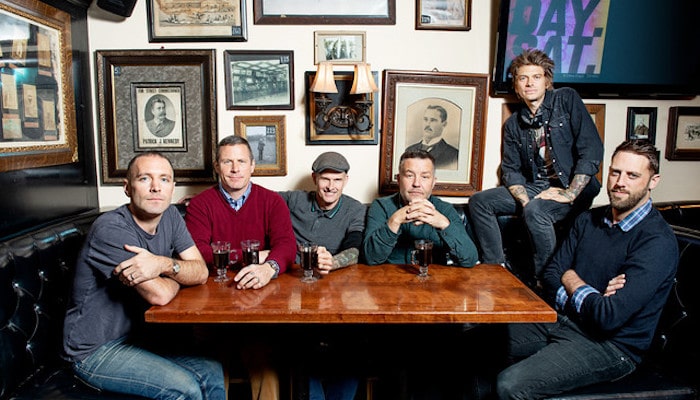 Previous Story
Ronnie James Dio memoir ‘Rainbow in the Dark’ to be released in July
Next Story
Michael B. Jordan to produce Muhammad Ali series with Jay-Z for Amazon